As per Statista report IoT devices will increase to 30.9 billion by 2025. To monetize this golden opportunity IoT device manufacturers are competing to bring new and latest devices in the market. However, in this race to bring the best and to be the best, it is noticed that security considerations often take back seat.

As per Z-Scalar report over 91.5% IoT devices are unsecure. According to Kaspersky, the firm detected more than 1.5 billion IoT attackers in first half of 2021. The attackers were looking to steal data, mine cryptocurrency or build botnets. Most of the attempts used telnet, while the rest used SSH and web.  This means unsecured IoT devices are creating security holes in otherwise secured IT networks and hackers are benefiting from this. Some of these IoT devices are directly connected to the enterprise IT network making the complete IT network vulnerable to hackers.

One of classic example is a popular casino heist where fish tank IoT sensor, connected to IT network, was hacked and the casino user’s data was compromised. There are numerous examples where legacy Internet linked Cameras has security flaws that remain up-patched for a long duration. The focus of IoT device manufactures is to speedily capture emerging trends, which means old products don’t always get required security considerations as they should. We must bear in mind that the age of IoT device can be more than 4-5 years in most cases and these devices must be periodically updated with latest security patches.

An unsecured IoT device means hacker can perform Man-in-the-Middle attacks, DDOS attacks, use the device to gain access to enterprise network, steal critical data and /or attack critical infrastructure like power grids, internet blackouts etc. The failures of IoT security are well documented. It is essential for enterprises to protect critical data. The data must be secured both at rest and in flight.

The complexity of IoT network require more robust solutions. Typical IoT network consists of multiple sensors, end-nodes, routers, switches constantly sending data back and forth. Security failure at even one of these components can potentially put the network at risk.

The security risk in IoT devices also comes from the lack of standards. A lot of manufacturers use their propriety protocols and security technique which may or may not be tested for scale of IoT deployments. Organizations like oneM2M are working to bring harmonized standards for IoT to ensure secure, effective and inter-operable operation for IoT at scale.

M2MLogger has been involved in design and development of cutting edge IoT devices. These are highly secured devices with secured boot, secured firmware update, secured configurations, strong certificate-based TLS encryption for data in flight, device lock and wipe amongst other features.

If you are an IoT device manufacturer then we will be happy to review the security gaps and help you address them properly. 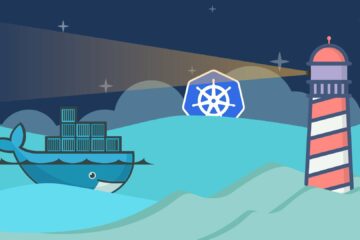