Published by Sumit Chaurasiya on October 13, 2021

Containerization is defined as a form of operating system virtualization, through which applications are run in isolated user spaces called containers and all are using the same shared operating system (OS).

Containers are a solution to the problem of how to get software to run reliably  and securely when moved from one computing environment to another environment.

It involves encapsulating or packaging up software code and is used for packaging up the many individual microservices and all its dependencies so that it can run uniformly and consistently on any infrastructure that helps to make up a modern app and that supports more scalable, agile and portable application delivery.

A container is a piece of software used to virtually package and isolate applications to allow greater scalability, availability, and portability across diverse computing environments, including cloud instances, virtual machines (VMs), Linux, and select Windows and macOS operating systems.

The efficiency of containerization, also known as OS-level virtualization, makes it a popular method for ensuring the portability of applications across environments, such as from development to test, from staging to production, or from a physical server to a virtual machine in the cloud.

Containerization allows developers to create and deploy applications faster and more securely. In traditional methods, code is developed in a specific computing environment when transferred to a new location, it might often result in bugs and errors.

It also allows applications to be “written once and run anywhere. “This portability is important in terms of the development process and vendor compatibility.

For example, when a developer transfers code from a desktop computer to a virtual machine (VM) or from a Linux to a Windows operating system. Containerization is responsible for eliminating this problem by bundling the application code together with the related configuration files, libraries, and dependencies required for it to run. This single package of software or “container” is abstracted away from the host operating system, and hence, it stands alone and becomes portable and able to run across any platform or cloud, free of issues.

Containerization is thus likely to become the new norm for software development.

How does Containerization actually works?

Containerization architecture is something called Docker. A Docker is an open source based on the Linux kernel that is responsible for creating containers in an operating system. By accessing a single OS kernel, Docker can manage multiple distributed applications, which run in their own container. In other words, containerization is based on the software package that is implemented in a single virtual shipment. The containers are created from Docker images. Although the images are read-only, docker adds a read-write file system  (docker image) to the image-only file system to create a container. Images can exist without containers, whereas a container needs to run an image to exist. Therefore, containers are dependent on images and use them to construct a run-time environment and run an application. Once you create a container, it adds a writable layer on top of the immutable image, meaning you can now modify it. When a container is created, Docker starts a network interface that communicates the container with the localhost then adds an IP address to the created container and executes the indicated process to execute the application assigned to it.

When implementing containerization, each container has all necessary parts to execute a program file, libraries and all the variables that allow an environment to be executable.

How does M2MLogger includes Containers?

M2MLogger continuously uses the advancement in technology to provide seamless and more robust solutions to its customers. Containers help you make the most of the servers you already own. We actively use containers in customer cloud deployments.

If you are planning any new cloud or on-premise deployments, we will be happy to review the containerization and help you address them properly. 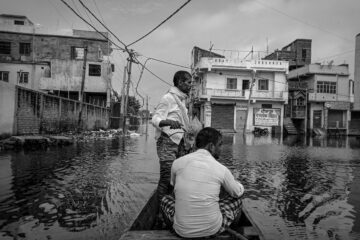 The Context The startling pictures from the recent flash floods in different parts of our country once again bring to fore the issue of extreme climatic changes and its impact on our lives. The increase Read more… 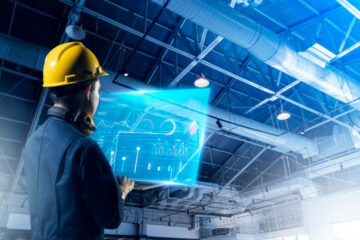 Introduction The Internet of Things (IoT) is the latest innovation in information and communication technology. The world has already started to reap the benefits of IoT Technology. Some of the prominent use-cases include: Smart homes, Read more… 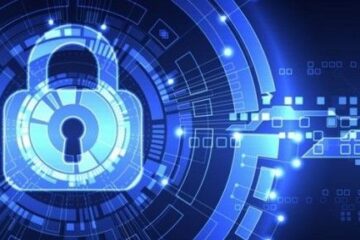 As per Statista report IoT devices will increase to 30.9 billion by 2025. To monetize this golden opportunity IoT device manufacturers are competing to bring new and latest devices in the market. However, in this Read more…